BlackBerry’s revival is underway, beginning in the United States today. The KeyOne is now available from Best Buy and Amazon for $549. With this phone, BlackBerry is trying a completely different strategy to return to relevancy in the mobile industry. The KeyOne actually isn’t produced in-house. In late 2016, BlackBerry agreed to let TCL handle […]

Come comment on this article: The BlackBerry KeyOne is on sale in the U.S. for $549

After rolling out in the US back in September of 2015, Android Pay has now officially launched in Canada. Google made the announcement earlier today, outlining the initial banks that would support its mobile payments service.

Android Pay will be available for ATB Financial, Banque Nationale, BMO, Canadian Tire Financial Services, CIBC, Desjardins, President’s Choice Financial, and Scotiabank. As in the US, Google is expected to roll out the Android Pay to more banks in future. 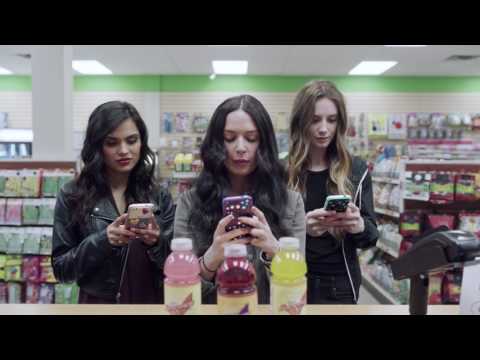 The digital wallet works with Canadian Visa and MasterCard credit and debit cards, as well as Interac debit cards from approved organizations. Google also confirmed that support for American Express and Tangerine cards would follow soon.

For everything else you need to know about Android Pay, hit the link.

Paranoid Android 2017 is here with support for Pixel, Nexus, and OnePlus devices

Paranoid Android teased an update about a month ago with a somewhat cryptic message. Project lead Arz Bhatia later clarified the situation, essentially stating that a new version of the ROM would only come when the time was right. That time, it seems, is now, as Paranoid Android has today revealed its 2017 ROM.

Paranoid Android 2017 builds on its predecessors with some brand new features and support for recent devices. The ROM once again includes the unique Pie UI element, which holds shortcut controls at the bottom of the display, but what exactly is new in this latest build we’ll have to wait and see.

Here is a list of some of the other included features:

The list is similar to what that which rolled out in the 6.0.2 build for the OnePlus 2 last year though there are a couple of changes. For example, Color Engine replaces the Theme Engine as the function for changing the UI’s appearance. This is found in the ‘settings’ menu and allows you to select custom colors for the interface (including a dark mode).

Paranoid Android 2017 will also include the following features for OnePlus devices:

The Paranoid team seems particularly pleased with the latter of those, stating in its promo document: “Our picture quality and image processing, not to brag, may be significantly better than OEMs [sic].” What’s more, the team also tapped Hampus Olsson, the artist behind the OnePlus wallpapers, to provide the systems’ default wallpaper.

So far, Paranoid Android 2017 is supported on the following devices:

The team said they are already testing the ROM for the Nexus 5, OnePlus One, OnePlus 2, OnePlus X, and Nextbit Robin, and that they are looking to expand the list of supported devices further.

You can find the new Paranoid Android versions here and find out more about what’s changed here.

So, who’s going to give the new Paranoid Android a shot? This post originally appeared on our sister site, VR Source.

Usually, when you wear a VR headset, you are the only person seeing what’s being displayed on its screen. Now, Samsung Gear VR owners will have the option to show others what they are experiencing. Oculus has revealed that the Gear VR headset can now mirror its display on a big-screen TV via Chromecast support.

Oculus, which provides the software technology behind the Gear VR, says Chromecast support is included with the latest update of its Oculus mobile app on Android. After it is installed, users who own a Cast-enabled device can use the app to mirror the display on the big display. Oculus hopes this will offer Gear VR owners a way to show others what they are experiencing, without them having to wear the headset itself.

Casting your VR game or app seems to be becoming a trend on mobile platforms. Earlier this month at Google I/O 2017, the company announced that it would add Chromecast support for its own Daydream View VR headsets later this summer. The new addition is part of the big 2.0 update for the Daydream VR platform that will also add support for surfing the internet in virtual reality with Google’s Chrome browser, among other new features.