After 15 years of being one of the most popular media players across the world, Winamp, is going to be shut down on December 20, 2013. AOL has announced that it is shutting down Winamp.com and its associated web services and that the media player will also no longer be available for download.
“Winamp.com and associated web services will no longer be available past December 20, 2013. Additionally, Winamp Media players will no longer be available for download. Please download the latest version before that date. See release notes for latest improvements to this last release. Thanks for supporting the Winamp community for over 15 years,” said the note on the Winamp.com website. 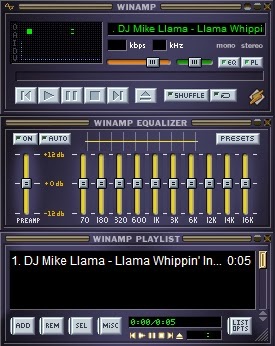 The service was started in 1997 by two college students Justin Frankel and Dmitry Boldyrev and found popularity as MP3 file sharing gathered speed in the early 2000s. Winamp’s parent company, Nullsoft, was acquired by AOL back in 1999.
On Windows, Winamp had become the go-to music player for an entire generation of music listeners. Recently, the company also released a Mac and Android versions of the app. The player supports all popular file formats including Ogg Vorbis. It also supports gapless playback for MP3 and AAC format files. It was also among the first players to offer streaming music through support for SHOUTCast, Nullsoft’s cross-platform software to stream media. One of the highlights of the player was the capability to skin its user interface and add plug-ins to extend its functionality.
While all of this is the thing of the past, you still have about less than a month to head onto Winamp’s website download the media player to live on within your systems. Don’t forget to pick up some funky looking skins for old times’ sake!
You can download it by visiting Winamp.com.