Run Android apps and games on your PC using Bluestacks!!!!

Bluestacks is a powerful emulater available for both windows and mac os,which can run android apps and games inside it.This is very beneficiary for those users who want their favourite android apps and games on their PC itself.
Almost all famous apps and games are supported on bluestacks.Many apps are pre-install in it after its installation.It is provided with three appstores-Getjar,Mobile1 and Amazon appstore.It is very user friendly and you can also sync apps between your phone and pc.To download the latest version of bluestacks visit here-http://www.bluestacks.com

After installing the software you can easily install your apps and games,just by double clicking the .apk files of the respective app. 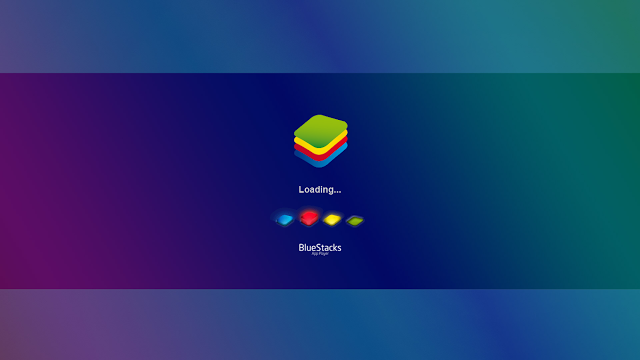 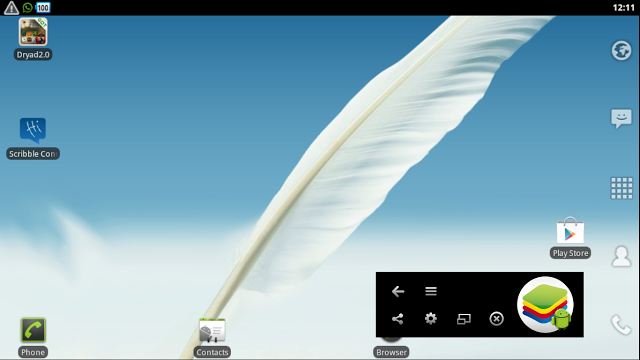 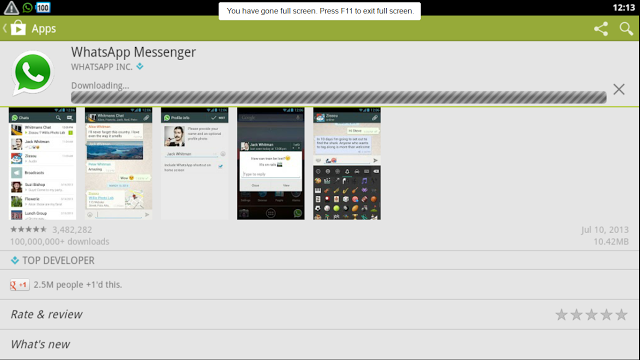 Thousands of apps and games are available which can directly be installed from google play store. 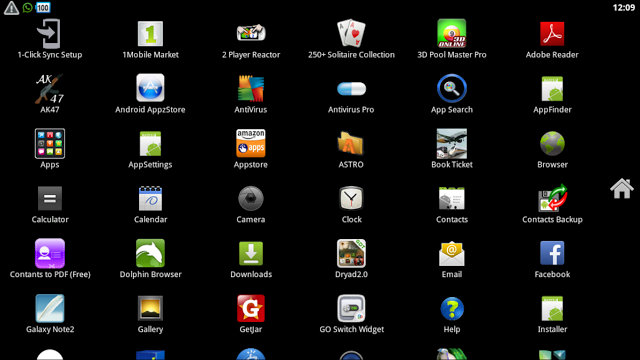 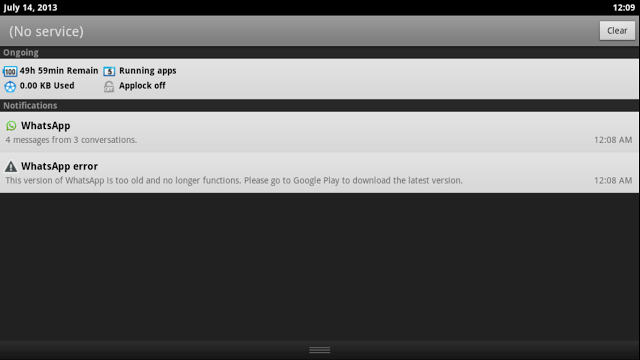 It has a notification system same as android 2.3 devices.

Download the latest version from here:-Download bluestacks and enjoy!!!!!!!!!!

Suppose someone asks you for a list of applications you have installed on your computer. To get this information, what’s the first thing you would think to use? Third-party program? Not us, we have PowerShell.

How to Get a List of Installed Software on Your PC

Getting a list of installed software is as simple as using this straightforward WMI query.

You will probably want to export that to a file though, which is also easy enough — we’ll send the output using the > symbol and adding the path to a new text file that we want to create.

What makes using PowerShell really neat is that if you do this on two different machines, you can easily compare the software installed on them.

Windows includes its own versions of many widely used system utilities. A variety of new utilities were added to Windows 8, but many of these utilities are available on Windows 7, too.
If the first thing you do after setting up a new Windows installation is install all your preferred utilities, this can speed things up. Better yet, these utilities are available on every Windows computer you’ll come across.
Antivirus
Windows 8 includes an antivirus program known as Windows Defender, so all Windows users will finally have an antivirus program on their computers. Windows 8 no longer hassles users to download and install an antivirus immediately after setting their computer up. Windows Defender in Windows 8 is essentially Microsoft Security Essentials with a new name. If you use Windows 7, you can install the free Microsoft Security Essentials. If you use Windows 8, you don’t have to install a third-party antivirus.

Firewall
If you’re still using a third-party firewall, you should know that it isn’t completely necessary. Windows’ built-in firewall does the same job of blocking unsolicited incoming traffic by default and blocking access to sensitive network services, like network file shares, on public Wi-Fi networks.
Users who love tweaking their applications and managing which are allowed to connect to the Internet will prefer a third-party firewall, but every Windows user using Windows XP SP2 and later has a solid firewall.

Security Suite
In addition to antivirus and firewall features, Internet security suites also include anti-phishing, cookie-deletion, and other security features. None of these features are necessary — your browser includes built-in phishing protection and can automatically delete cookies when you close it, if you prefer to get rid of cookies. You don’t need to install a cluttered, bloated security suite to protect your system.
This is especially true on Windows 8, which includes additional security features like that SmartScreen feature that scans all applications for their trustworthiness before running them.

Partition Manager
For basic partition management on Windows, you don’t need any third-party tools. Just use the Disk Management application included with Windows to shrink and enlarge existing partitions, create new ones, and format them. This tool includes more than enough features for most basic partitioning operations, although more advanced partition-moving features may require a third-party tool.
The Storage Spaces feature on Windows 8 can even combine partitions on several drives into one big, logical partition.

Disc Burning
Windows has integrated support for burning data to discs, erasing rewritable discs, and even burning ISO image files directly to disc as of Windows 7. Third-party disc-burning suites aren’t necessary. If you still need to burn audio CDs, you can even do this from within Windows Media Player.

PC Cleaning App
PC cleaning apps are generally scams, especially the ones that want you to spend money to “make your computer feel like new.” If you do want to delete temporary files and generally free up storage space on your computer, you can use the free Disk Cleanup tool included with Windows. If you really want a third-party PC cleaning tool, just download CCleaner — skip all the paid PC cleaning applications. 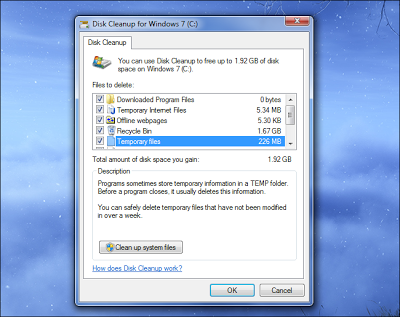 Startup Manager
Windows 8 includes a new startup manager built into the Windows Task Manager. It allows you to view and control the applications that start with your computer at startup, finally providing an easy and obvious way to control this. On previous versions of Windows, users had to use the hidden MSConfig tool or use a startup manager like the one built into CCleaner.

File Copying
TeraCopy is a popular file-copy replacement for Windows 7 and earlier versions of Windows. It allows you to pause file-copy operations and deals with errors in a more intelligent way, rather than halting the operation and waiting for input.
If you upgrade to Windows 8, you’ll find that these features have now been integrated into File Explorer (formerly known as Windows Explorer), giving all users a more powerful and intelligent way to copy and move files.

Advanced Task Manager
Process Explorer is a powerful replacement for the Windows Task Manager. It shows more information, including a hierarchical tree view that displays processes in relation to each other. This is particularly useful for applications such as Google Chrome that generate a lot of processes.
On Windows 8, the new Task Manager now includes more information and provides a hierarchical information that makes it easy to view an application’s processes at a glance, so users who depended on Process Explorer for this particular feature won’t need to install it anymore. 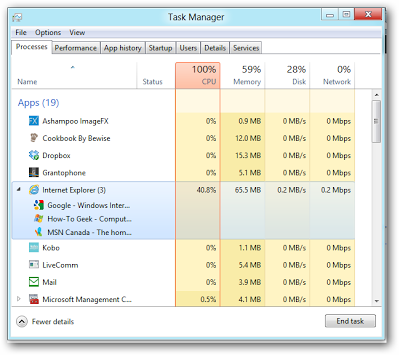 PDF Viewer
Windows 8 includes a PDF viewer, allowing you to view PDFs without installing a program like Adobe Reader. Unfortunately, Windows Reader is a Modern app and doesn’t integrate well with the desktop, although all PDFs do open in it from the desktop by default.
Nevertheless, if you use Google Chrome or Mozilla Firefox, your browser has an integrated PDF reader. You can associate PDF files with Chrome or Firefox to have them open in your browser, eliminating the need for third-party PDF readers if you just need to view simple PDF files without any advanced features. 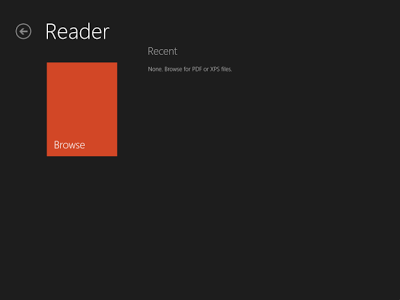 Most of the tools here aren’t the most powerful options, so many users may still prefer to install third-party software and get more features. However, Microsoft has been slowly adding important software to Windows, and every version requires fewer essential third-party system utilities.